Creating good content consistently? Harder still. All the articles contained in all the published blogs generate the most common and by far the largest amount of content on the internet.

How many blogs are there?

According to WordPress, over 409 million people view more than 22.4 billion pages each month. Users produce about 73.9 million new posts and 49.0 million new comments each month. It’s Google’s job to algorithmically rate rank and index this massive amount of blog data and they’re good at it and getting better all the time.

Of course, every blogger wants to be organically indexed by Google as high as possible, and to a large extent SEO is really about achieving the highest page ranking by using short-cuts and outright cheating to defeat Google’s Search Algorithm. Article or Content Spinning is one of the most common and effective cheats so far; 2017 promises continued ramp-up of Google’s ability to search and destroy the cheaters.

Content Spinning uses software to search existing web content and re-write it by using synonyms for the existing words and phrases found in the original written content or article. The resulting re-spun article looks different from the original article to Google’s search algorithm even though nothing new has been created. For example, “Sally likes to work out several times a week to stay slim and trim.” Can be re-written or spun so it reads.“Sally appreciates the opportunity to exercise often in order to stay thin.” Or “Sally enjoys training every other day to maintain her weight.”

Article Spinning software (Spinware) can re-spin articles to create hundreds of variants within minutes and then create backlinks to your web site. The more sophisticated Spinware uses robots to automatically scrape the web for keywords or phrases, spin thousands of variants and automatically create and post backlinks. And does all this with zero human intervention.

Google considers Spinning to be one of the worst types of Spamming. If spinning one article can create ten thousand variant articles, to Google’s Search Algorithm this looks like a library that has 10,000 versions of the same book; all of which need to be rated and ranked even though there is only one book’s worth of information. Multiplied by all the Spinware being used and you get billions and billions of web pages that contain no original content whatsoever. Navigating through the total tonnage of fake web pages and fake backlinks makes it increasingly difficult for Google searches to yield high quality, truly relevant information. Therefore, Google devotes considerable resources in time, money and people to find and delist sites that use automated content spinning. 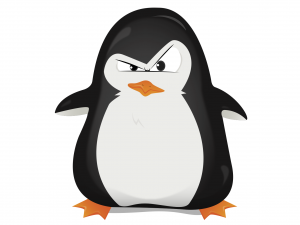 Google’s release of Penguin 4.0 in September 2016 gives Google’s Search Algorithm a powerful new weapon specifically for searching and destroying illegal SEO software that spews out fake content and generates fake backlinks. As part of Google’s core algorithm, this latest edition of Penguin is continually learning and getting smarter. And once detected by Google, the use of Spinware can lead to some serious hurt for spinners – including a search ranking penalty that can be damn near impossible to overcome, or getting banned from Google altogether.

For 2017, copywriters and content creators looking for favorable generic page ranking on Google will once again be forced to create relevant, consistent content the old-fashioned way – by using their brains and creativity. A recent article in Forbes Online puts it like this, “No matter what type of SEO strategy you want to employ, no matter what type of link-building efforts you’re looking to engage in, ensure that it’s about the quality not the quantity. Don’t use link-generating software, article spinners, or anything else like that if you’re serious about achieving any respectable rank on Google’s SERPs [Search Engine Results Pages]. Put in the work and put in the time, elevating quality over quantity.”